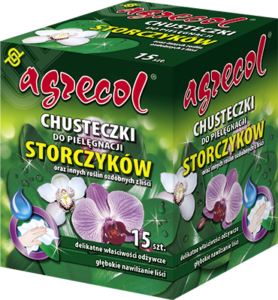 TISSUES FOR ORCHIDS AND OTHER PLANTS WITH ORNAMENTAL LEAVES 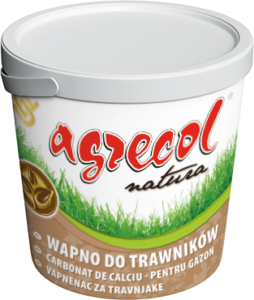 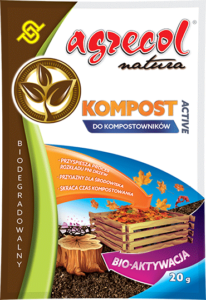 Compost Active for decomposition of stumps

Mineral fertilizer for flowering plants at home and on the balcony 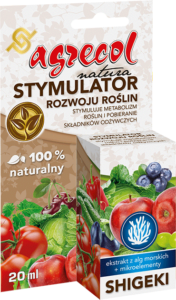 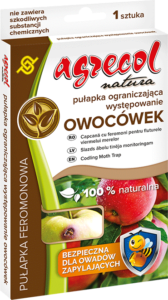 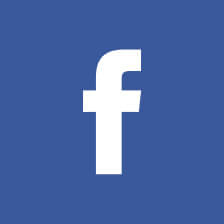 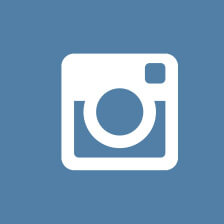 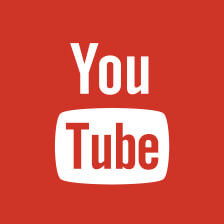 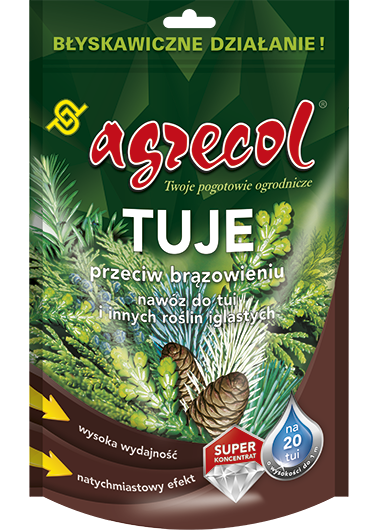 A series of fertilizers with fast, intervention action - ensures immediate replenishment of nutrient deficiencies. Crystalline fertilizers are distinguished by the highest concentration of mineral compounds. They are used for fertilizing during watering and are extremely efficient (1 gram of fertilizer is dissolved in 1 liter of water). They are intended for fertilizing fruit, vegetables, ornamental and balcony plants.

Arborvitae fertilizer against needle browning – it is a crystalline fertilizer for dissolution in water. Intervention fertilizer eliminating the symptoms of needle browning and chlorosis symptoms. The easily absorbed magnesium and iron contained in the fertilizer restore the intense green color of leaf hulls and needles.

Thujas belong to unique plants that have needles transformed into the form of leaf hulls surrounding the shoot. These plants are also characterized by a shallow root system, which is why there is a need for their continuous watering, and at the same time supplying nutrients.Their roots, growing on a limited surface quickly use nutrients in their environment. The deficiency of certain nutrients – mainly magnesium – contributes (if we have already excluded diseases and pests) to yellowing and then browning and dying leaf hulls. Magnesium is an important element that participates in the construction of chlorophyll – a green pigment that gives color to the scales, needles or leaves. Arborvitae fertilizer against needle browning contains up to 15% of this element. In addition, it contains iron, which activates the formation of dyes. Other micronutrients also contribute to the attractive appearance of these plants. Phosphorus and potassium supports plants for drought resistance and also prepares plants for wintering Arborvitae fertilizer against needle browning after a single use in the case of magnesium deficiency, it complements its deficiency.

Note: Various diseases and pests may also contribute to the browning of needles, then specialized plant protection products should be used. The change in the color of needles in the brownish winter season is also characteristic of some varieties of tui, including , Brabant ‘, Rheingold’. Browning and dying of needles in the inner part of plants is a natural process, during the growth of the plant loses the inner needles, which do not reach sunlight.

Use once or once a month, depending on the needs of plants. The fertilizer can be soil in the form of a water solution or in a loose form. For each 1 meter of the conifer heights, use 3 teaspoons of fertilizer (15 g of manure / 1 liter of water), spreading it evenly or watering with the obtained solution under the eaves of the crown of a tree or shrub. In the case of creeping needles, use 2 teaspoons of fertilizer (10 g / 1 liter of water) for every 0.5 meter of the span’s diameter. Note: Do not use the fertilizer directly on plants, and if this occurs, wash the plant with plenty of water. Fertilize the fertilized plant abundantly, not allowing the substrate to dry for at least a few days.

For regular fertilization of thuja without signs of shortage we recommend crystalline fertilizer – Tuje. 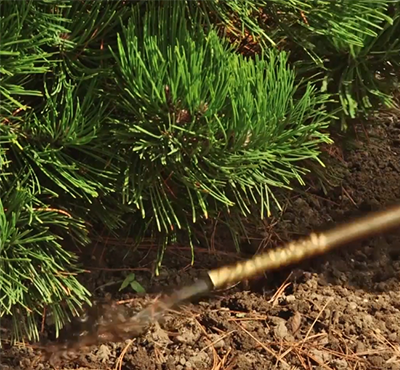